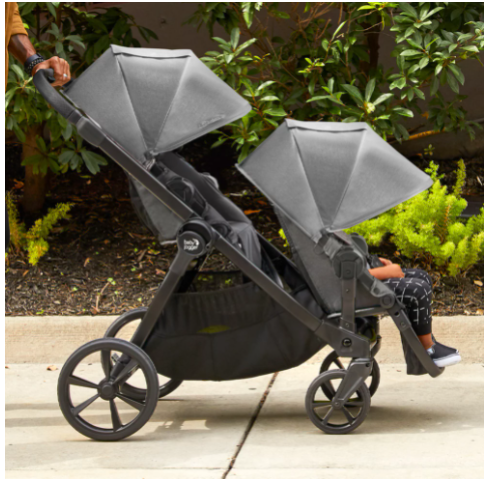 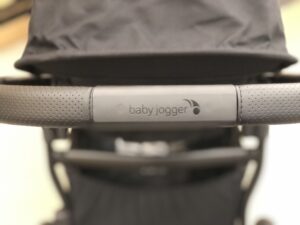 What's new?  So the frame is slightly different from its predecessor that adds a slightly more modern and sleeker look. Currently the City Select 2 is only available with a black frame and now has solid rubber tires at all four corners as apposed to the air filled tires of yore. There are two variants, the City Select 2 and the City Select 2 Eco collection which features soft, breathable, thermal-regulating TENCEL™ fabric. Cool huh?  The Eco also comes with a leather belly bar that the standard does not get.

You can still get snack trays and all the original car seat adapters will continue to work from the previous versions. The stroller still folds in the same way, pull the two tabs on either side and the stroller folds flat and I feel is easier to pick up than the Vista.  The City Select 2 also folds down 25% smaller than the Vista as well.  Other key things to note is that if you are going to be using this as a double stroller in a two seat configuration, both seats are the same size where the Vista's are different sizes.  You can add car seats with adapters, bassinets, and toddler chairs in up two 24 configurations.

As far as the fold goes, though it is easy to fold, unlike the Vista, the City Select does not stand when folded.  I was really hoping they were going to make that happen with this version.  I was also hoping that they were going to give the City Select 2 the seats from the City Select Lux that are slightly larger and fold in half when folded.  Baby Jogger also replaced the flip brake on the side of the stroller with a less than sandal/flipflop friendly foot brake. That was a big disappointment to my summer footwear and R.I.P to pedicures everywhere. 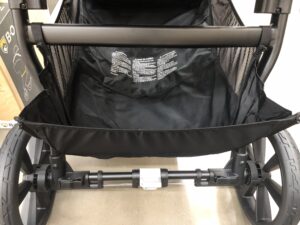 Despite those minor disappointments the City Select 2 is still one of the greatest strollers that are available and at about half the price of the Vista it is one of the best values to get a versatile, premium stroller that will take many different car seats, bassinets, chairs and glide boards.  With the upgraded materials and leather handle bars, and new color choices it's definitely going to be giving Uppababy a run for it's money.